Watching the news, I’m having a flashback to when I was a teenager: Israel-Palestine, USA-Russia… nothing really changes.

Now my kids are teenagers and the same stuff is on the news.

Or is it a cycle, as John C. Dvorak might suggest.

BB gun bullets in my suitcase

This morning I had a weird deja-vù. I’d been on a quick trip to The Netherlands and had brought a pair of sneakers (Vans) which in the end I never wore. But I decided to put them on this morning. As soon as I put one on something really sharp was pushing into my big toe. I took off my shoe and low and behold… there was a bb gun bullet in my shoe. And this is where the deja-vù comes in.

About 35 years ago, at least (!), my brother bought a bb gun in the US and brought it back home (to Holland). It went without detection in a big blue suitcase. Unfortunately the box of bb gun bullets opened and were scattered in the suitcase. For years after that, even by the time I had already moved to Italy I would still occasionally find a bb gun bullet when I used that suitcase. I even brought some back to the US when I returned their for a year at age 17.

So had I used the big blue suitcase for my trip to The Netherlands? No! I wish I had because I had way to much stuff to bring back. Instead I had a much smaller light blue trolley. One I hadn’t used in years. Upon deeper inspection of the trolley, which after three days is still on the stairs to be brought up to the attic, I found loads of bb gun bullets in the corners of the suitcase. This time they weren’t my brother’s though… but  “lost” there by my husband and son on a trip back to Italy from the Netherlands where they bought a bb gun and bullets. 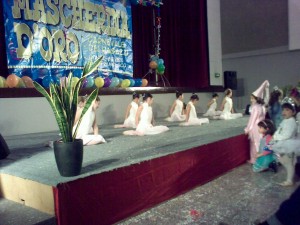 Turns out Galileo is a Galilea… but we’re not so sure about the name now 😉
The Jury is still out. Will keep you tuned!