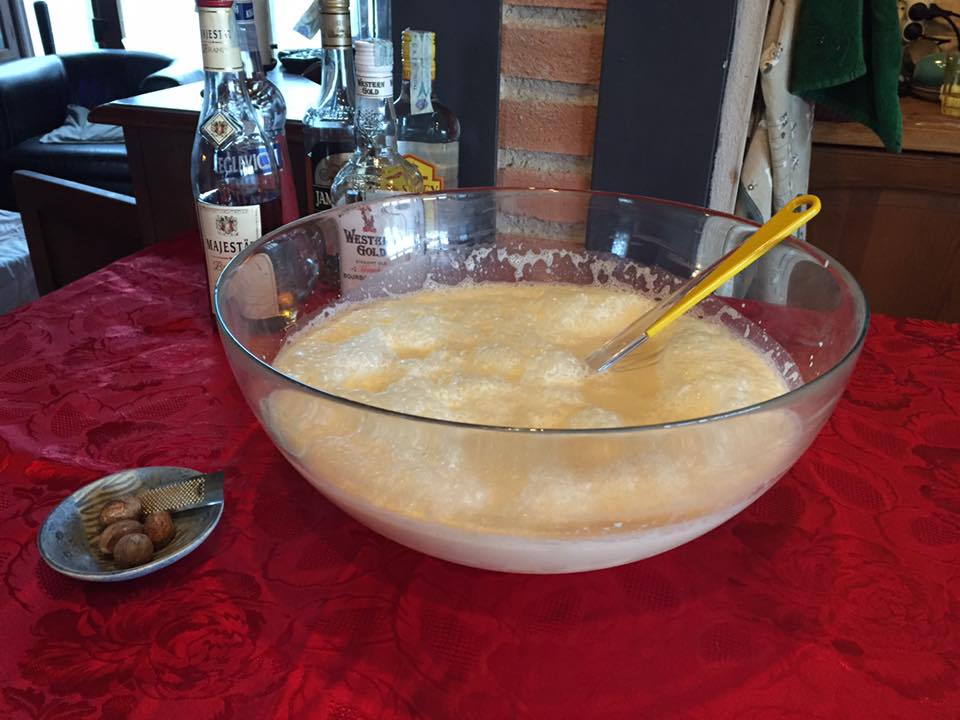 Below is a recipe for eggnog that is a combination of several recipes I have gathered throughout the years and that I have refined to perfection. Please note the  last step before serving under the directions. It’s what it makes it the best. 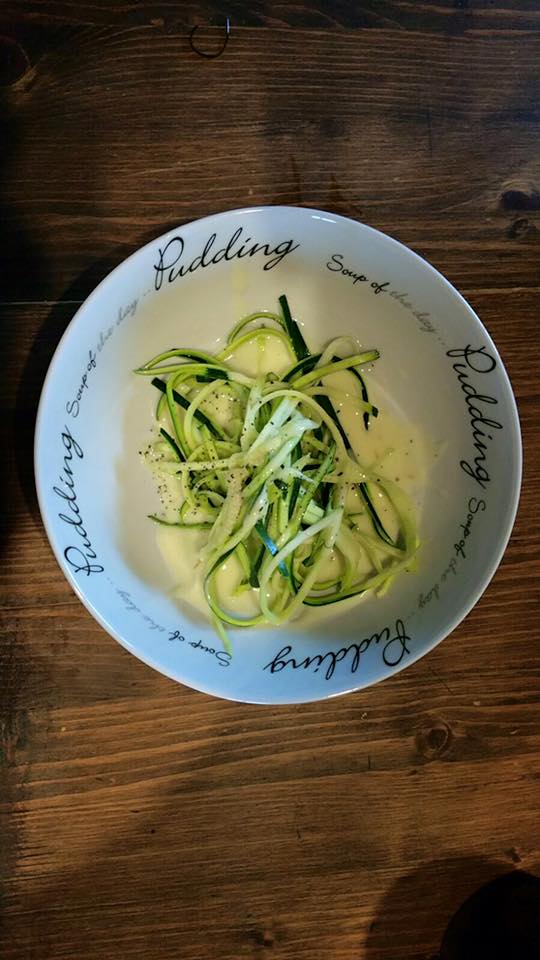 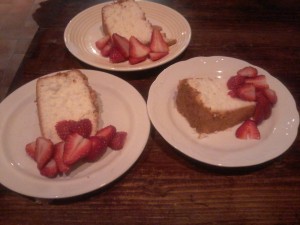 So now that I have a real oven again, I’ve been experimenting deserts from my childhood. I started out with brownies which came out very well. I’v never abandoned chococolate chip cookies, so haven’t tried those yet. So the next on the list was Angel Food Cake.

I have sweet memories of my mom’s angel food cake that was so huge & fluffy and to die for with stawberries. So I decided it should be the one to try. Alas, without  cream of tartar and not a real angel food cake pan the first result was disasterous. I had used a regular bunt pan and substituted the cream of tartar with lemon juice (as per my research on the internets) because I was convinced it still could not be found in Italy.

Then a collegue of mine pointed out that you can find cream of tarter in the supermarket, you just need to know what you’re looking for: Cremor Tartaro. I also bought a real AFC pan off Ebay, created my own cake flour with flour and maizena and voilà. The result was not as huge as I remembered but the taste is right and it sort of looks right, too 🙂

Next cake on the list: pineapple upside down cake. Stay tuned 🙂

Don’t throw out the waffle iron! 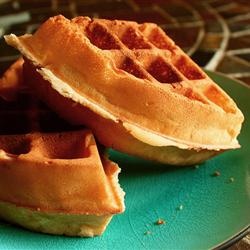 I’ve had a waffle iron for years and once in a while I would try making waffles. But they never came out well. Yesterday we were cleaning out the rec room and I came across the waffle iron again. I decided to throw it out. But my husband, who is a near horder, went through the trash bag and said I should give it one more last try. So I did, but not before doing thorough research. And, believe it or not, they came out almost perfect!! Meaning perfect enough not to throw the iron out.

I want to share the two links that made my almost perfect waffles:

2) Instructions at wikihow.com: http://www.wikihow.com/Make-Waffles – they also have a recipe but I used the one above.

As always, I did not add the vanilla extract (for the simple reason that I don’t have it and also because I think it tastes better without).

Just so you know!

Banana bread; so simple but oh, so yummy! 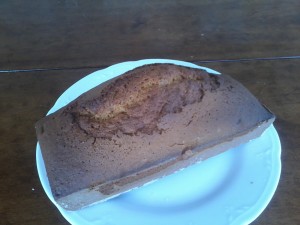 My kids say this was my best banana bread ever, so I decided to share a picture and the recipe.
The recipe is from the New Fannie Farmer Boston coooking-School Cook Book (1951 edition), though here it’s called Banana Cake