Inferno the movie continues to disappoint 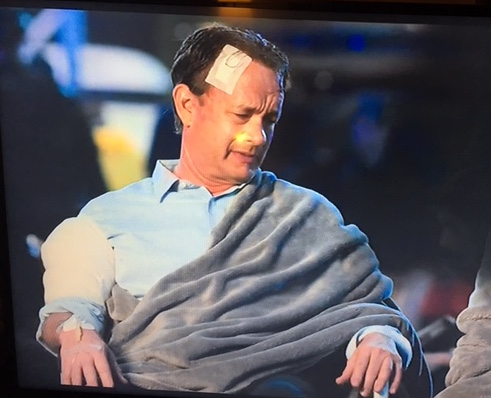 Just last night I was finally able to watch Inferno the movie again, this time in English and not dubbed in Italian. I was really hoping I wouldn’t be as disappointed as the first time but alas it was not to be.

Having been a fan of Dan Brown ever since he wrote Angels & Demons back in 2000 and having enjoyed the subsequent Robert Langdon books and the movies as well (The Da Vinci Code and The Lost Symbol), I pre-ordered the book and impatiently waited for May 14, 2013 when it was automatically downloaded to my Kindle in the middle of the night.

Though not one of the best of the Langdon series, I enjoyed it immensely because the story takes place in Florence and I loved recognising the places and reading about Dante and other history tidbits, some of which I didn’t know. In addition my husband was baptised in the Battistero di San Giovanni – just as Dante and many members of the Medici family – so it being part of an important clue in the Inferno story made me smile.

I couldn’t imagine it not being made into a movie by Hanks & Howard and was looking forward to it. There was of course some hype when they started shooting but I missed most of it, being in the hills of Florence and not actually in the city.

An interesting tidbit is that a 2nd unit came to our town, Rignano Sull’Arno, to shoot the outside train scene.  The train  Robert and Sienna take to go to Venice up north, is actually going towards Arezzo down south – but that’s just a fun fact.

We went to see the movie as soon as it was released but were all really, really disappointed. I’ll admit that the scenes in Florence and Venice were very much as I imagined when reading the book and I did enjoy those. But the rest of the film seemed to be just a B movie. In Italian we say “tirato via”, which basically means something done or executed very superficially.

Last night I had the opportunity to see it in English and was hoping it would be better. It was a bit… until the last scene. In fact, it’s exactly the last scene that leaves you with the B movie feeling. Two things right after the big scene where Tom and Elizabeth save the world surviving explosions, gunfire and hand-to-hand combat in the water:

2. Elizabeth Sinskey walks away from the scene with her clothes all dry (possible), without wrinkles (unlikely) and still wearing her high heels (impossible!).

Observe the pictures and decide for yourself. 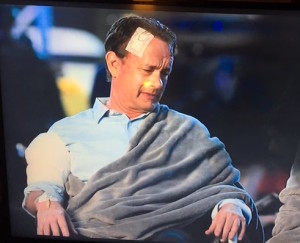 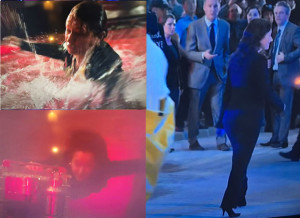